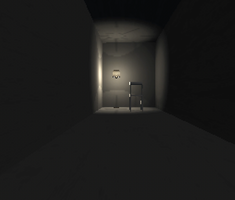 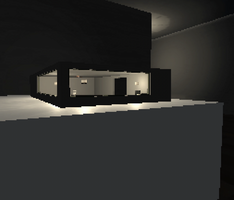 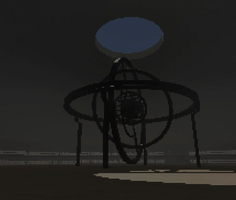 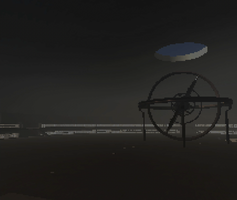 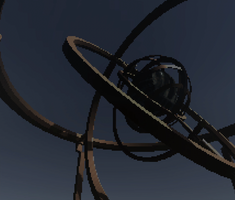 Started out with really high hope for this assignment, given this is somewhat an end and should serve as a showcase for how far I've got.

Things I really want to get done (and actually fully understands them in the way I can easily replicate the mechanics without checking for tutorials) includes the following:

The animations were relatively simple, not encountering too many of fancy new codes. One small hiccup, however, is when the game objects are static, it prevents the mesh renderers to move sometimes, I'm using sometimes it as another sign that this is something worth more investigation.

This is where I spent most of my time tweaking, and waiting for results, shout out to John for introducing me to two of Unity's major rendering pipelines, while I am not currently using either of them due to my context which I'll mention later, it is still a very good intro to future projects.

Given my recursive concept and chosen Borges' work as my literal inspiration through GPT-3, It's a shame I didn't get the portals to work in the final version. On a high level, I'm pretty sure I understand the gist, its basically 2 sets of render planes with each of their own colliders serving as triggers and teleport destinations, pretty simple, huh? The part that drove me crazy was the teleportation part, wherein my best case, I can only get it to work 30% of the time(yes it's down to the chances). The only thing I could maybe guess that went wrong was the Quaternion orientation, which I have to admit went over my head.

This part became another extremely frustrating stage for me, where I'm looking at hundreds of different tutorials which they all suggest the same way to go about and I am just missing something along the way. In the end, the glitch VHS effect and PS1 textures were the only things I was able to finish, which still contributed a great deal to the "look and feel" of the game. If only I could make it shinny with bloom like all the cool kids.

Creative approach-wise, I started out pretty apprehensive about me going into the final project alone, given the workload I had in mind, yet I ended up really satisfied with the whole process and the issues/obstacles I've identified. If this is again in a group setting, I wouldn't have been forced to tackle the number of new components. Seeing that a lot of these components are still in their infant state, I will definitely have to work on my dedication more, especially when encountering frustrations, and I found that game design to be such an intense and rewarding space for me to do so.

As for the next steps, I would love to further develop the stories backward, giving our protagonist a proper back story, fleshing out their character settings, and, if I am really prepared, introducing a complete character arch. Mechanics and tech-wise, Post-processing and portal is something I will definitely look closer into when moving forward.

A big thank you to the following creators who helped me through my mess:

Get To all the in-game characters

To all the in-game characters